.  Sterling and Rascal spent many hours in this tree enjoying nature.  Sterling said, “We were tree dwellers, my raccoon and I, and we rather wished that we would never have to step foot on earth again!” 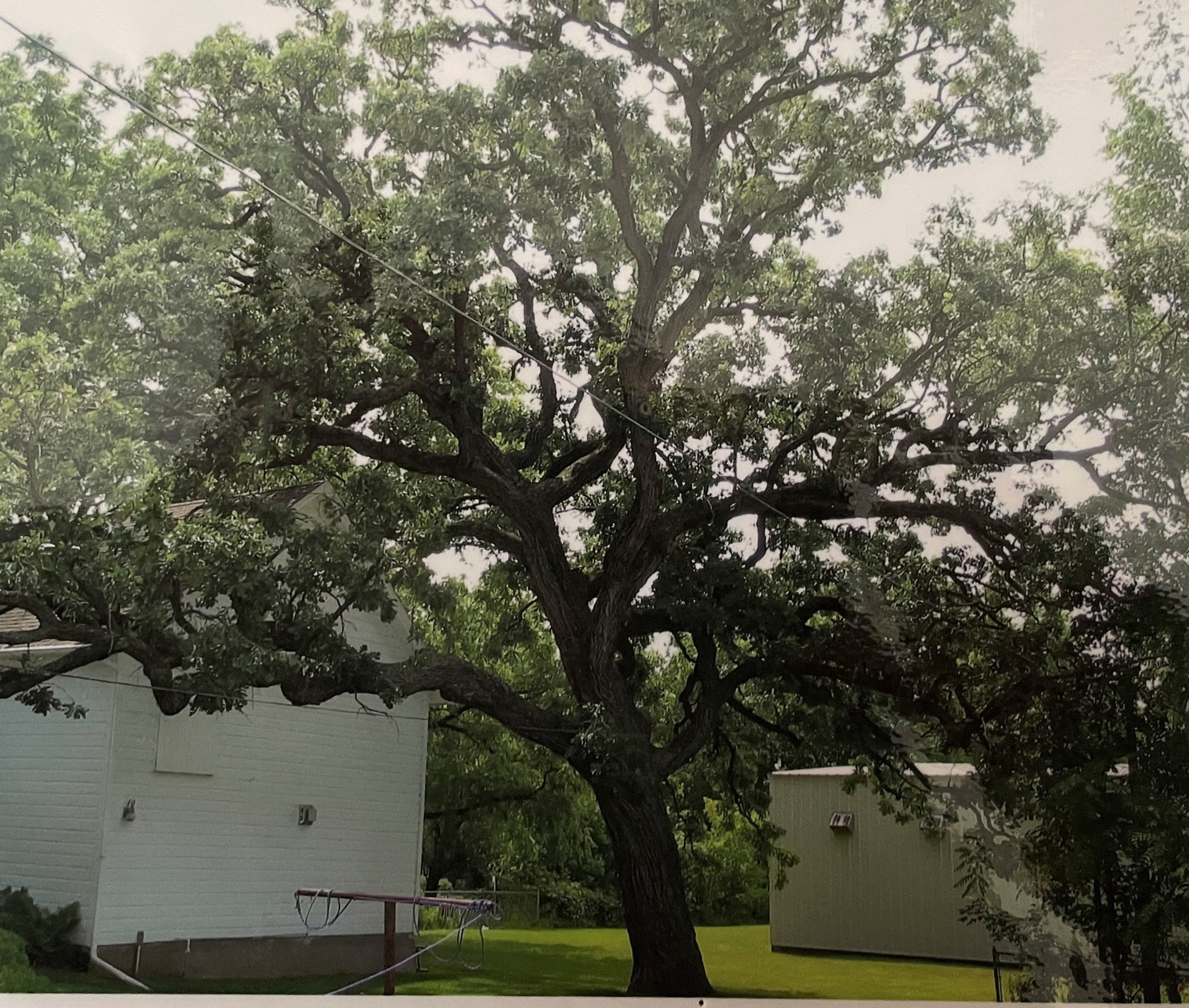 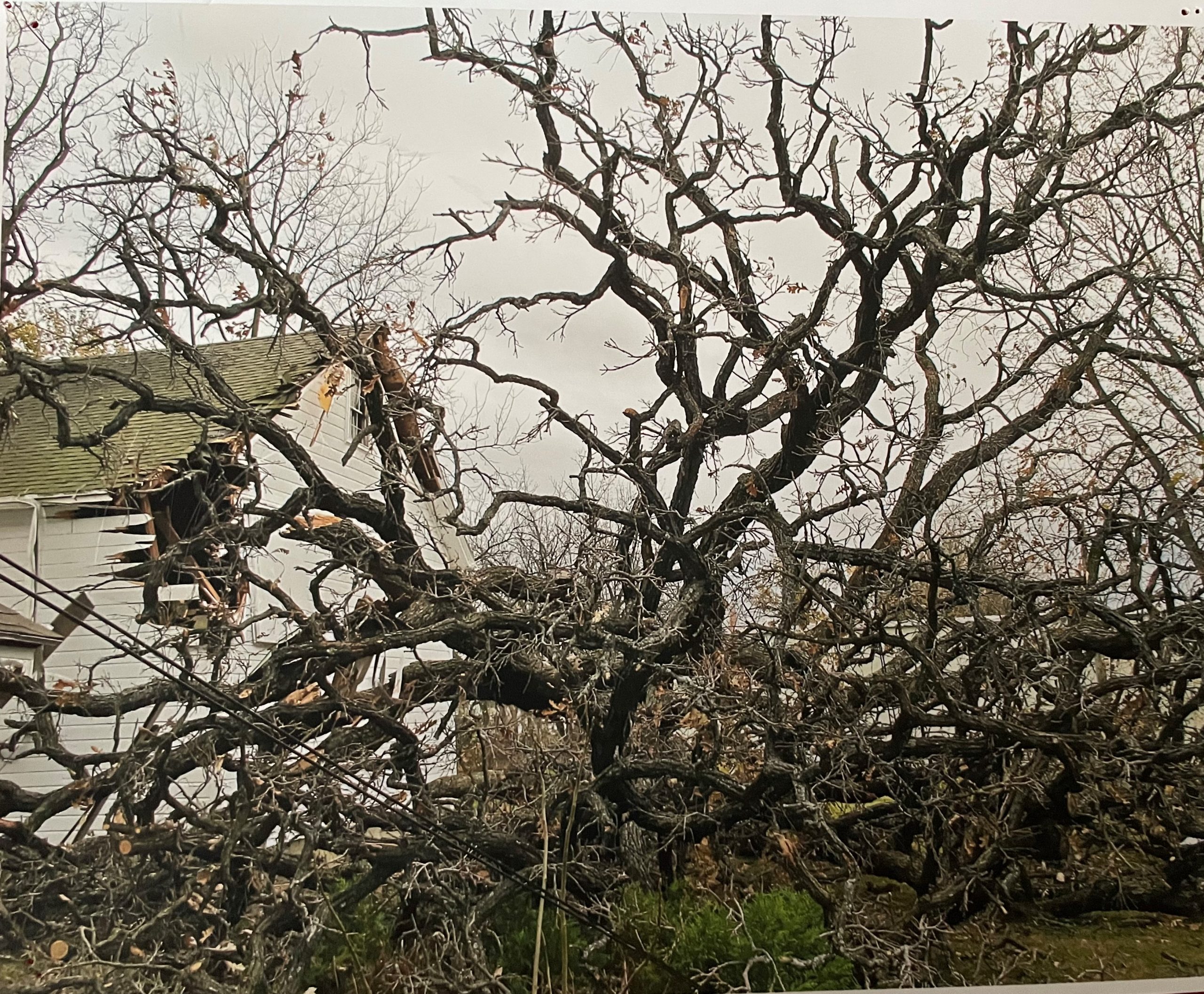 The tree went down in a windstorm back in 2010.  It did damage to the barn. 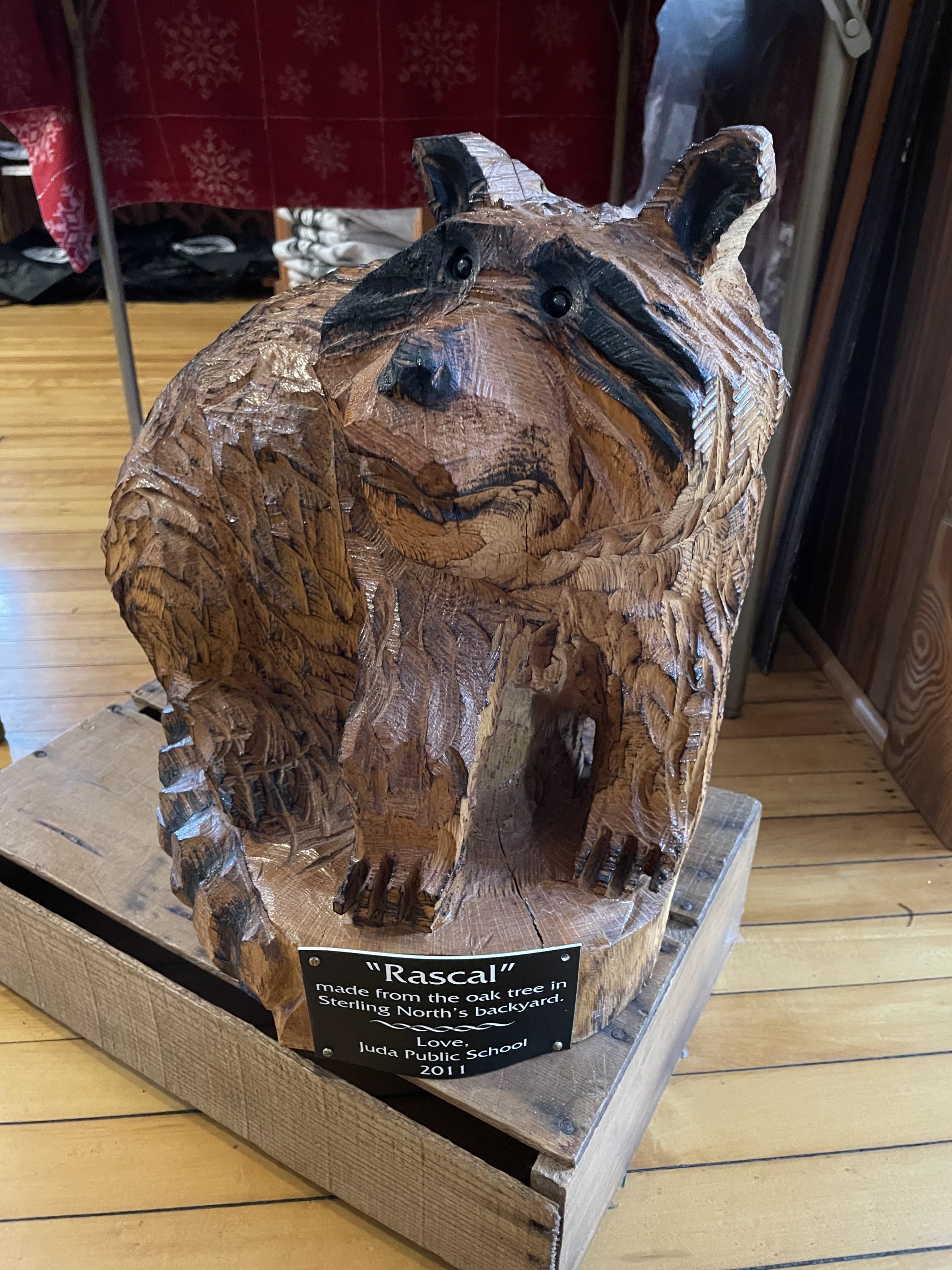 Juda school teachers, Donna Weber-Harms and Lucy Stuckey, had their bus driver take some pieces of wood from the downed tree.  They then had one piece carved into this wonderful raccoon that we have on display.  They had another piece lasered with a raccoon. We’re so glad that they helped us keep this part of history. 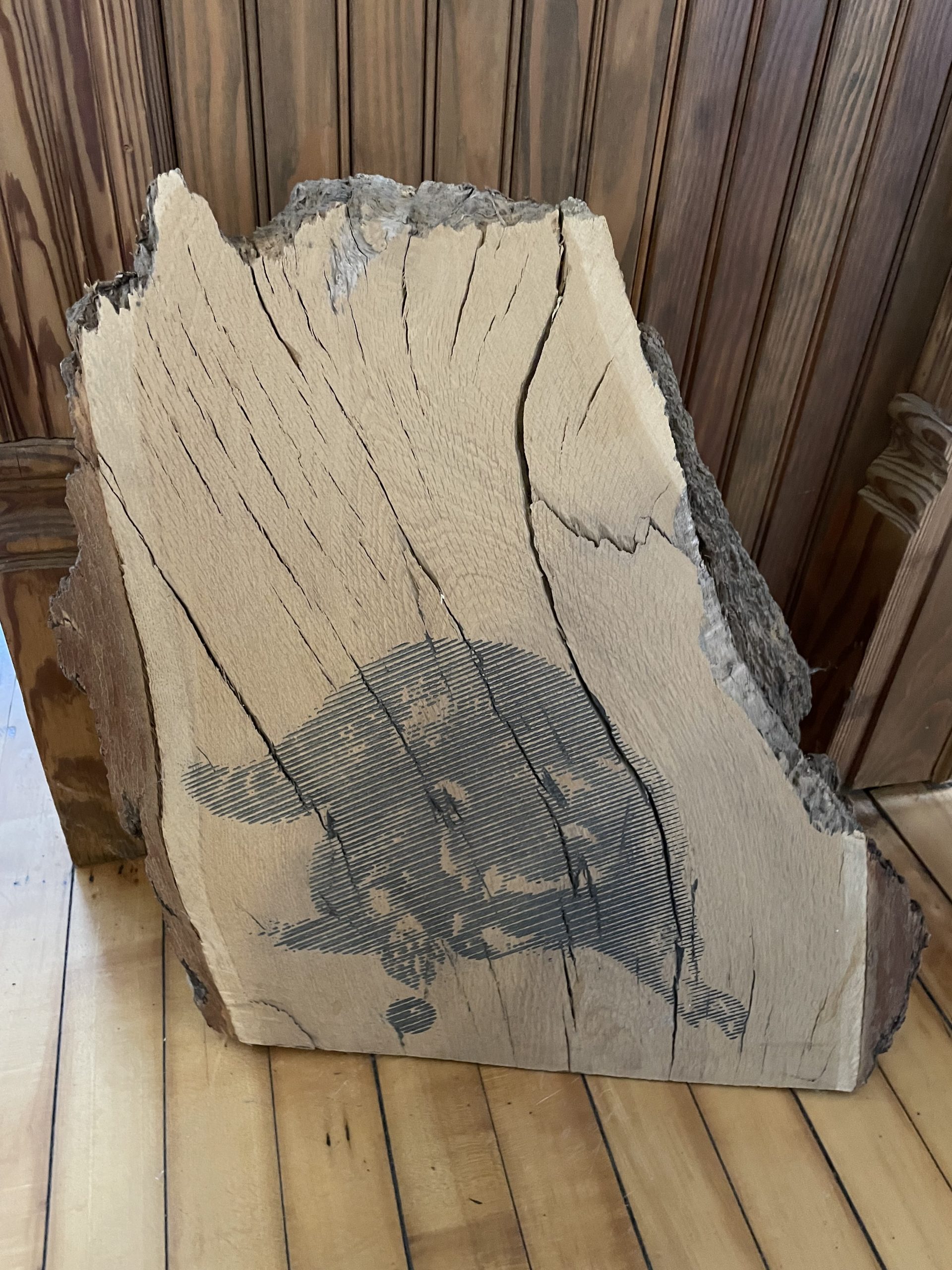